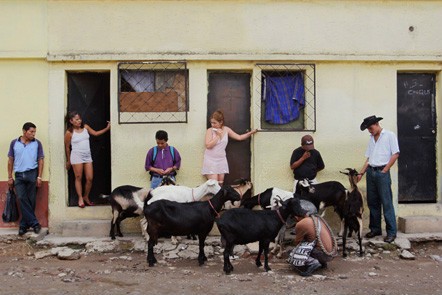 Words to bring tears to my eyes and make me weak with the honour of hearing such a simple, precious truth.

The sex trade is all about illusion.  The illusion that women are free to sell their bodies…that it’s empowering…that Prince Charming will walk through their door…that sex with strangers is fun.

That’s the biggest illusion of all, I think: that it’s fun…that they like it and like the men they service.

So they lie.  They say they have no choice.  They say that other work is impossible to find.  They say they’ll only be there for a few more days, or weeks, or months.  That they’ll leave as soon as they’ve paid off whatever noose has been tied around their tired necks, but everyone knows it’s just another lie thrown like a dirty blanket to hide the mess of broken lives. 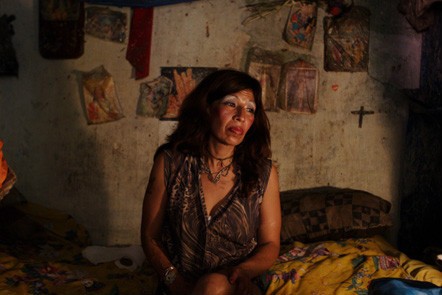 They arrive early, leave late, and in the hours in between they paint on garish faces, remove their mother clothes, and hide behind a working name – the flimsiest of deceptions to keep the truth of who they really are hidden from clients and colleagues.

I get it though.  At least, as much as any privileged, protected first-world princess ever can.  I’d lie too if it was me.  I’d paint my face and change my name and pretend that it just wasn’t happening.  I’d escape into the illusion if I believed the lie that there was no way out.  Of course I would.  It would be the only way to survive.

We ask them a lot of questions – hard questions a lot of the time.  The ladies of La Linea are game to talk about pretty much anything.   They’ll tell us about their kids, their clients, their hopes, their heartbreaks, but we never ask them their real names.  It’s the only thing they have left that is really theirs.  The only thing that isn’t exposed, sold, and pawed by drooling strangers.  So we never ask.

And yet, in the midst of all the illusion, surrounded by the lie of the deadly game, every so often there’s a tug on the arm, a shy smile, and a whisper:

“Today I want to tell you my real name.”

I am humbled every single time.

It’s taken me fifty years to understand the privilege of hearing a person’s name.  When we say our name, we say what is true about ourselves.  Of all the things that are not true, of all the lies we tell or illusions we hide behind, we all know the truth of our own name.  I hope I never take it for granted again.