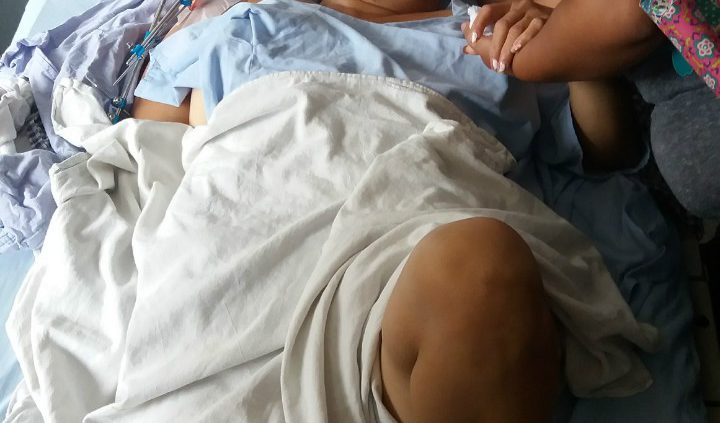 She’s one of the few women desperate enough…broken enough, to actually live on La Linea.  Over the past six years she’s worked hard to turn the ugly little room into a home, but there’s not much she can do with bare walls and a tin roof.

Last Christmas, she proudly showed off her sparkling, plastic tree.  It stayed up for months; raspy carols screeching from the cheap flashing lights until they finally died from exhausted overuse.  She was the only one disappointed by the silence.

During the last few months her only focus has been to save enough money to celebrate her youngest daughter’s quincinera (fifteenth birthday) – a truly huge deal in Latin America.  Although separated from all of her children, some are in her home country of El Salvador, and others with their father here in Guatemala, she talks about them constantly – happily rejoicing in their advances and successes.  She saved hundreds of dollars to buy her daughter’s special dress, bouquet, and delicate gold ring.  Every dollar was another man serviced, another day trapped in the life she hates, but her delight in all that she provided was obvious.

Since we opened our drop-in centre, La Puerta, she’s been coming in to chat and snack.  She really likes treats.  Without the chance of formal education, she struggles through life illiterate and reliant on others to explain the world to her.  She has always struck me as having an exceptionally childlike innocence.  She’s the kind of person who melts hearts and makes decent people want to protect her.  She shows up for English classes and my heart rejoices.  She’s heard that English is a way out, and besides, there’s always something to eat.  Last Friday it was L. who ushered the women into La Puerta.  “Come in, come in,” she said. “You can help yourself to anything!  Really, we’re allowed to eat whatever we want.  They said it’s our house.”

In her room she’s usually dressed in nothing more than a bath towel.  While many of the women on La Linea work hard at creating an appealing image, our friend, L, just accepts the inevitable and ignores the illusion of desire.  She says it’s the only way she knows to make a living.  What work is there, she asks, for an older woman who can’t read or write?

Chatting last Friday she was thrilled to discover that she’s the same age as Shawn.  She was absolutely tickled by that.  Her birthday is on June 18th and we promised her we’d celebrate it in style.  Every princess deserves a party.

Yesterday, (Monday), after dropping Shawn and Asher at the airport, I headed to La Linea for a day of loving the ladies.  We’re thrilled to have been joined by an amazing group of team members who love the ladies as much as we do.  While I baked treats for the day, three of our team headed out to invite the ladies to La Puerta.  It all seemed so normal, and I guess that was my first mistake – the illusion that anything on La Linea could ever be normal.

It’s always awful.  It’s always destructive.  It’s always sinister.  Just because the ladies laugh, chat, and greet us with hugs doesn’t mean their world is anything other than appalling.

It wasn’t long until word got back that something terrible had happened.  One of the ladies sent a message via our team.  Tell Natalita that L. was attacked on Saturday.  She was raped, beaten, and shot.  We don’t know if she’ll live.

The fear on La Linea was palpable.  The ladies trickled in slowly – many were just too afraid to leave their rooms.  The first to arrive whispered the story, terrified she’d be overheard by dangerous people.  Turns out, this was a gang attack.  And in Guatemala, gangs do not play games.

Sexually exploited women always live with fear.  There are plenty of clients who are turned on by violence – and violence against the sexually exploited is rarely taken seriously.  In Guatemala, it’s pretty much a free pass for abuse.  They’re prostitutes, after all.  They’re asking for it.  If they don’t want to take the risks, they should choose to leave.  Right?  Sadly, it just isn’t that simple.

The women of La Linea have to pay extortion to a local gang.  If they don’t pay, they die.  It’s a simple system.  L’s customer on Saturday evening, although she didn’t realize it at the time, was a member of a rival gang.  They want a piece of the action.  Perhaps they want all the action.  So her customer came with the express purpose of instilling fear into all of the women.  It worked; they’re terrified.  In choosing L. and violating her with such horrifying brutality, they sent a devastating message.  Every woman on La Linea knows she is just one customer away from the same thing happening to her.  But, next time, perhaps the chosen victim won’t live. 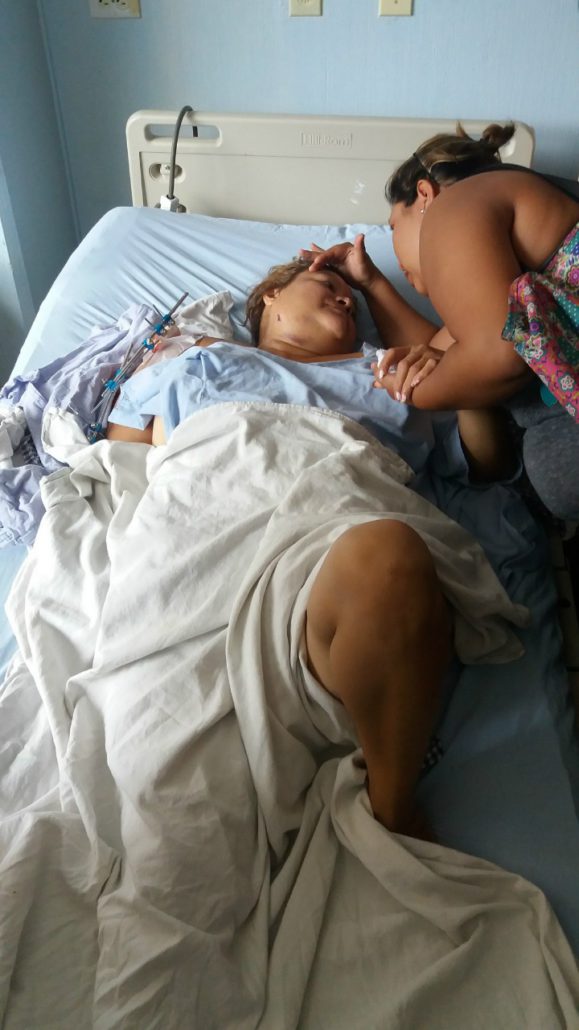 being comforted by another dear friend from La Linea

L. was rushed to the local public hospital.  More of that another day.  It’s a story worth telling, but I’m already teetering on my usual sin of never knowing when to stop writing.

But, for now, this is what I can tell you.  L. was indeed raped, beaten and shot.  She was shot seven times.  He shot her twice in the head.  Her jaw is splintered mush.  He shot her right arm and it is shattered.  He shot her from top to bottom.  He shot her “intimate parts” (the words of my friends on La Linea).  It is unspeakably awful.  Seeing her today was heartbreaking.  There is no understanding of helplessness until you have faced the helpless poor.

The Stranger Beside You
Scroll to top