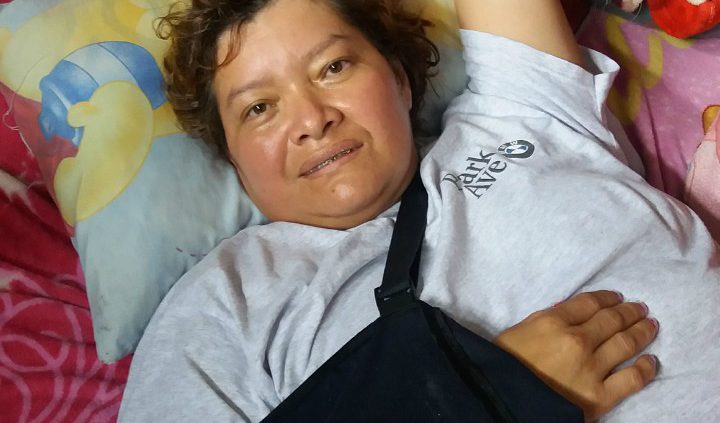 We called her Lorena. It’s not her name, of course, but for the majority of the world’s sexually exploited women, a fake name is a first line of defense – separating their true selves from the lie of the life they are forced to live. In these recent blogs I’ve used her first initial as another, small, line of defense. From now on I can use her working name because she’s never going back. Her real name is private. Only she gets to decide who hears it.

(If you aren’t up to date on this story, maybe read the last couple of blogs, otherwise this will make no sense.)

The last time I wrote we were waiting for Lorena’s surgery to be scheduled. The major delay was our obligation to provide the hospital with three units of blood. Donors were hard to find. Family members agreed to donate if they were paid the going rate of Q200 (about $40 Canadian). But, in the end, even money didn’t help.

Every day Lorena’s son would travel to the hospital with potential donors in tow. And everyday the hospital refused most of the blood offered. On one particular day, of thirty-five donors (for multiple patients) who showed up, twenty-eight were rejected. All the while Lorena, and many like her, lay helpless and in agony as hours drifted into days and weeks.

I called around private blood banks. There are several here in the city. But they told me they aren’t allowed to supply blood for either of the capital’s two public hospitals.

“So sorry, Señora. We have lots of blood, but we aren’t allowed to sell it to you. They won’t take it from us.”

Yes, they are selling donated blood. And, yes, they are selling it at a vastly inflated price to the poorest people in the country. It’s astonishingly cruel, and one of the many reasons so many families choose to gather up their loved ones and take them home to die.

But for Lorena this didn’t have to happen. It took a long time, and help from missionary friends who were willing to donate, but blood was provided and, more than two weeks after the attack, her surgery finally happened.

Big sighs of relief all around.

Lorena was discharged into the hands of the police who had continued to guard her throughout her stay in the hospital. They took her to her son’s home. Loving Lorena has turned her family’s life upside down, but they wouldn’t have it any other way. They live in a tiny, two room, dirt-floor, tin shack. It’s about as poor and simple a place as you can imagine. Billi and his wife, Brenda, no longer have a bed because that’s where Lorena has to sleep. The rest of the family, two adults and three children, are stuffed into whatever corner they can find for themselves. It’s baking hot, dark, and dirty, but they are thrilled to have her there. 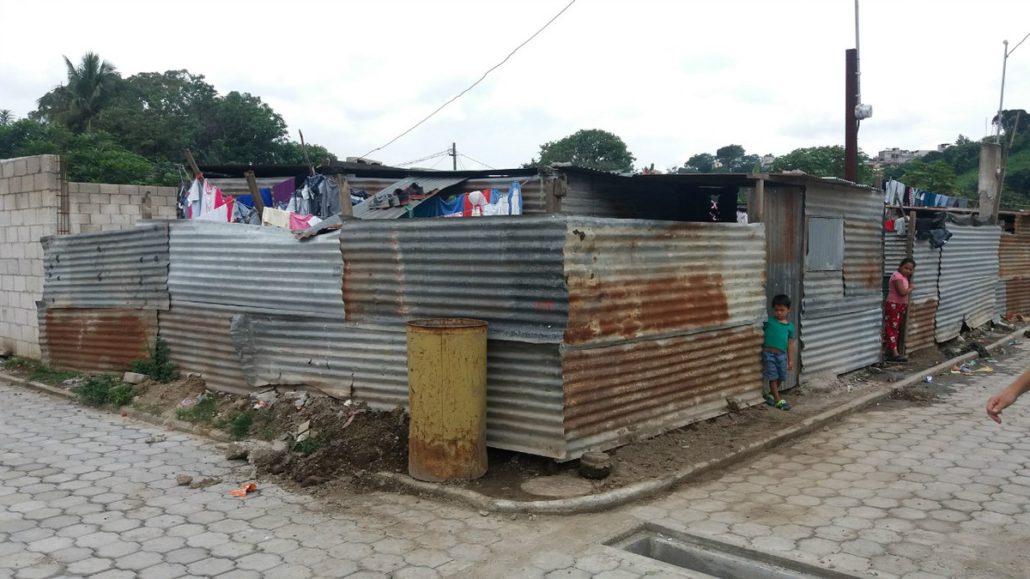 This visit was the first time Shawn has seen Lorena since the attack. He can’t believe she’s alive. Her jaw is still wired together, but she can mumble a few words. The bullet wounds are healing, and it’s just too incredible to look at the injuries on her face and the top of her head, and realize that she really should be dead. Her broken body is still badly bruised, and she doesn’t remember what happened. Maybe that’s a blessing. 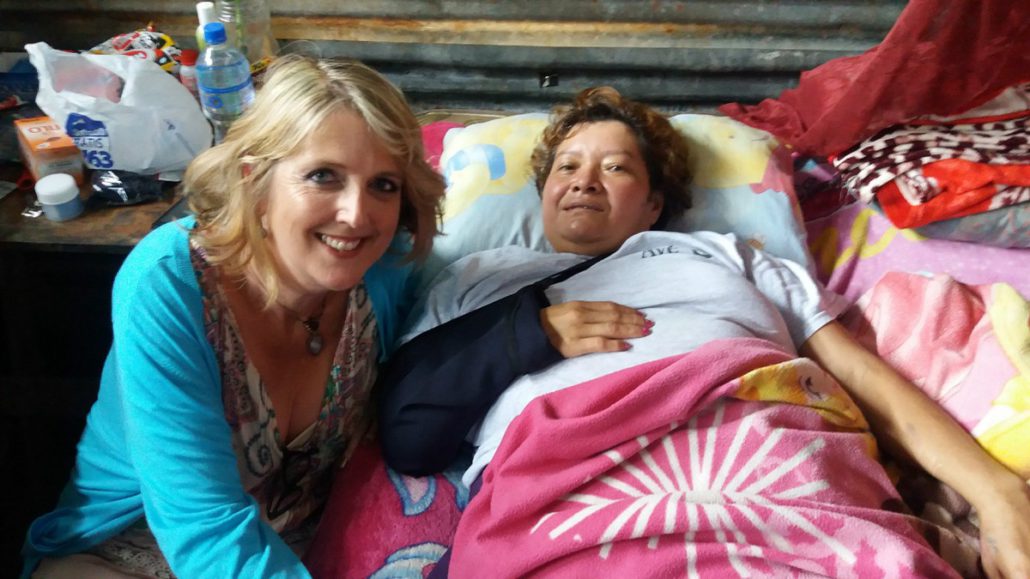 It’s baking hot in this tiny tin room, but in true Latin style, Lorena is wrapped in a fleece blankie!

Lorena is aware that there has been an outbreak of violence since her attack. I mentioned in a previous blog that three men were murdered on La Linea in the days following her assault. We’ve learned that one of the men was the only witness to the original event. Perhaps the two men who died with him were shot because they were witnesses to his execution. That’s often how it happens. In Guatemala, if you see what you shouldn’t see, you really need to run. Why this man was still in the area is beyond me, but the baddies found him, and he is forever silent. 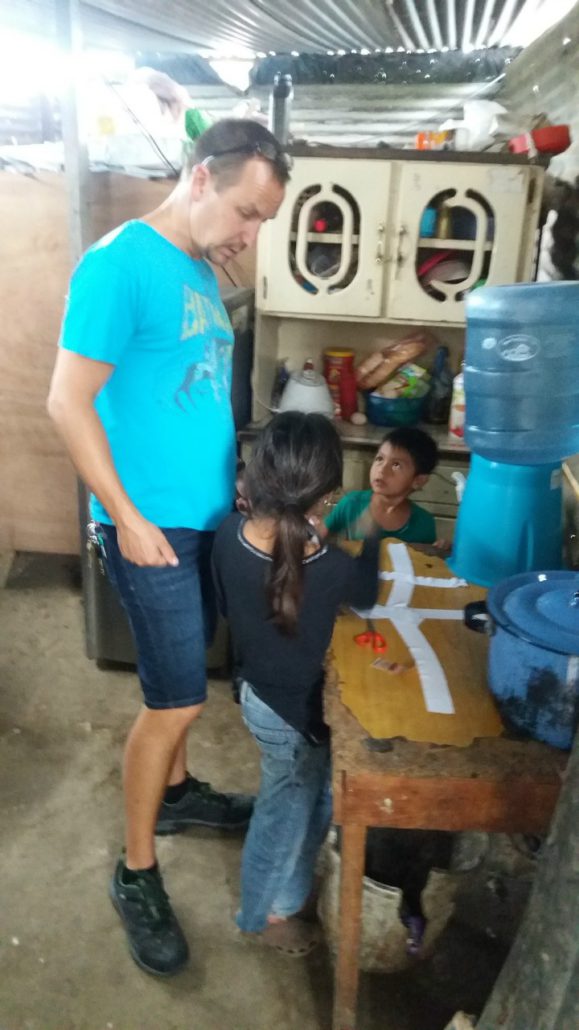 One of the two rooms that make up the family home

Now the process of healing begins. It’s going to be long, and difficult. Lorena cries day and night. Her family is distressed, confused, and frightened – bless ‘em. They have no idea what is happening to her, and it’s just so difficult to explain this kind of trauma. We’re hoping, in the future, once her wounds are healed, that we’ll be able to get her some counselling/psychological help. In all honesty, we’re just waiting to see what unfolds. The doctors still haven’t let anyone in on the secret of what needs to happen to her smashed jaw. Perhaps she’ll need more surgery. She may need physiotherapy in the future, too. At the moment she has lost feeling in one leg and her arm. She’s also lost hearing in one ear. It will be a while before we know if these issues are temporary or permanent.

For now, the police are gone. Lorena’s new home, they figure, is just too far for the baddies to travel. I hope that’s true.