It seemed a little conspicuous, even menacing.  The ruby-coloured vehicle with excess chrome, tinted windows and underbody lights seemed somewhat out of place for a small town like Sanarate.  As it circled the central park and crawled by us for a second time, the pimped-out pickup was hard to ignore.  But only once we stepped around another corner did our friend D turn to tell us the owner was one of the prestamistas whom she owed money. 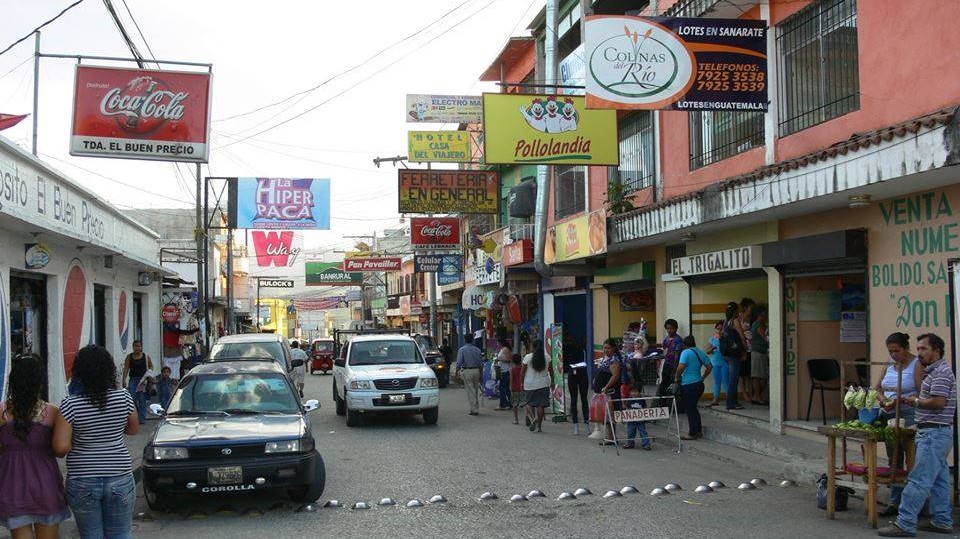 Until two years ago, D was happily running her own little shop selling simple lunches and chicharrones (deep fried pig skin –  no, don’t knock it til you’ve tried it!).  But then business turned sour when her then boyfriend convinced her to move her eatery to a “better” location and borrow money on his behalf.  Sales were never the same and the fella was soon gone, leaving D with all the debt.  Even after liquidating the few assets she had from her kitchen, she still didn’t have enough to pay the rent she owed on the building.  At the time, borrowing even more seemed her only option to feed her hungry kids and keep the roof over their heads. 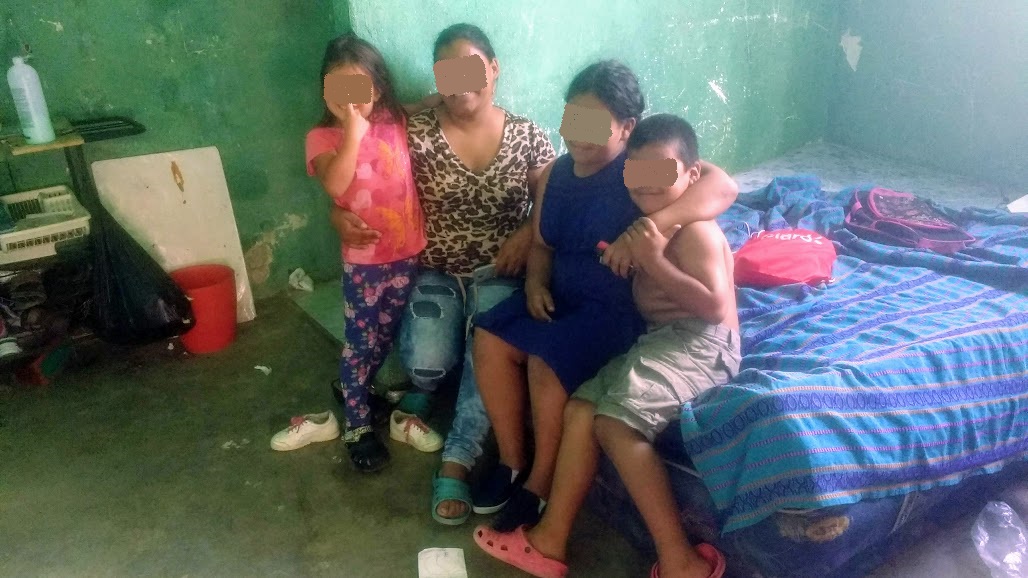 D and her kids in their humble two room house

For women of D’s socioeconomic standing, there’s no such thing as financing from banks or legal lending institutions.  In Guatemala, the poor, when desperate enough, can only find credit from the neighbourhood loan sharks – prestamistas – who are always way too happy to help!  Over the course of a few short months, D found herself impossibly indebted to not just one but FIVE prestamistas.

As wonderfully merry and generous these dudes can be when it comes to credit approval, they aren’t known to be quite as gracious with any defaults.  D had a friend once who tried to modify her repayment schedule.  Shortly after her body was found in a nearby river.  For D, turning again to prostitution to survive seemed at least better than the river.  She had been back on La Linea on and off for the past couple years.

“So how much do you still owe?” I had asked in an earlier conversation.

Doing some quick math in my head, that was about $850 CDN.  I figured it could be worse.  “And how much are you paying in interest?”

Well hey again, it could be way worse!

Yup, some of these guys had been showing up at her door every single day to demand at least 5% plus a token of the principal.  When she was off “working” they’d still come to harass and threaten her young children. 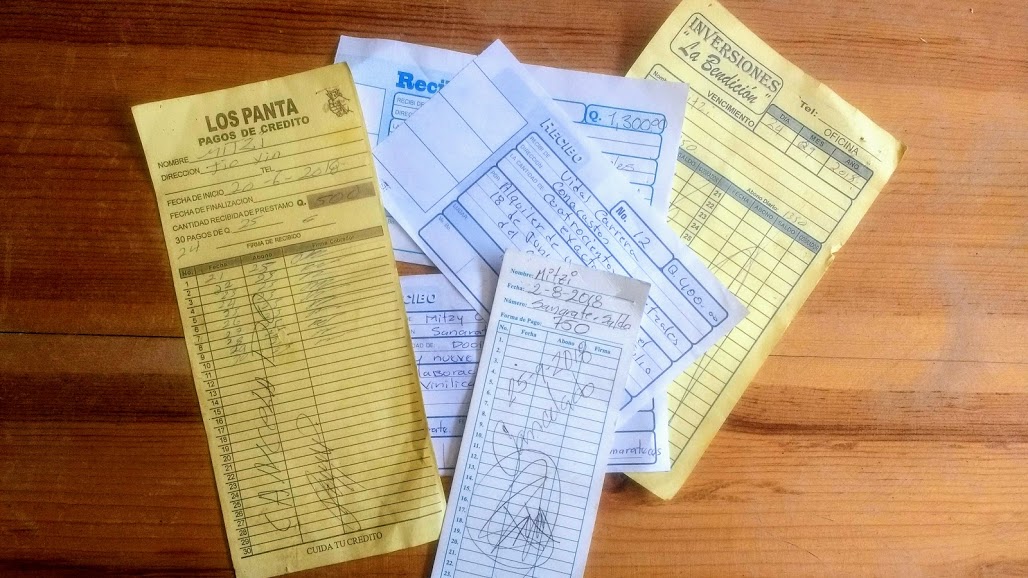 the debt cards, now cancelled! one was titled “The Blessing” Investments!

Natalie and I were walking the streets of Sanarate with D last week, scoping out a suitable place to help her relaunch her chicharronería.  She had the know-how and previous experience, she had a workable business plan, she had the faith to trust God with the unknowns.  What she needed was a means of escape from yet another form of wicked exploitation, the moral support of friends, and some modest financial help.

That very day she secured some building space on a busy street.  So we made a business agreement with her then and there which included a grant to pay out the prestamistas and an interest-free loan for all her start-up costs.  In less than a week she had purchased everything to equip a small kitchen, arranged her meat suppliers, ordered signs, contracted a plumber to install a utility sink, and lit the deep fryer.  We returned to visit this week to find she’s already reaching 80% of her daily sales target!!

and she named it after Tamar’s Hope

D was beaming and almost skipping about the kitchen as she served us and many other customers.  The door to her room on La Linea is now firmly closed.  The door to Chicharronería Tamar is wide open.  And so is a whole new chapter of life for D, filled with hope, dignity, and gratitude to Jesus.

While we were enjoying lunch together in D’s shop, one of the prestamistas circled by again, this time to offer some more credit should she need it.  “No thank you and get lost!” was her polite reply.

Ready to Roll
Scroll to top