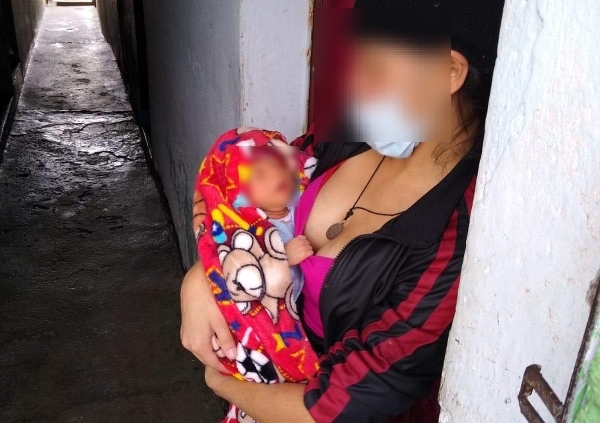 This blog first appeared as a series of seven posts in Tamar’s Hope private Facebook group.  For permission to join please click here.

Sitting on the front step she suddenly burst into tears. That makes three times I’ve seen her cry. It’s becoming a habit! Turns out, she, like many of the women we work with, is about to be evicted. She’s been out of prostitution for months, but she hasn’t found any employment. Fear, trauma, illiteracy, pregnancy and a pandemic will do that.

We’ve been told it’s illegal for landlords to throw tenants out during this COVID craziness. Where’s that hysterical laughing emoji when I need it? Illegal means nothing to the poor. The rule of law only applies to the people strong enough and educated enough to fight. Y can’t fight. Y can barely live. 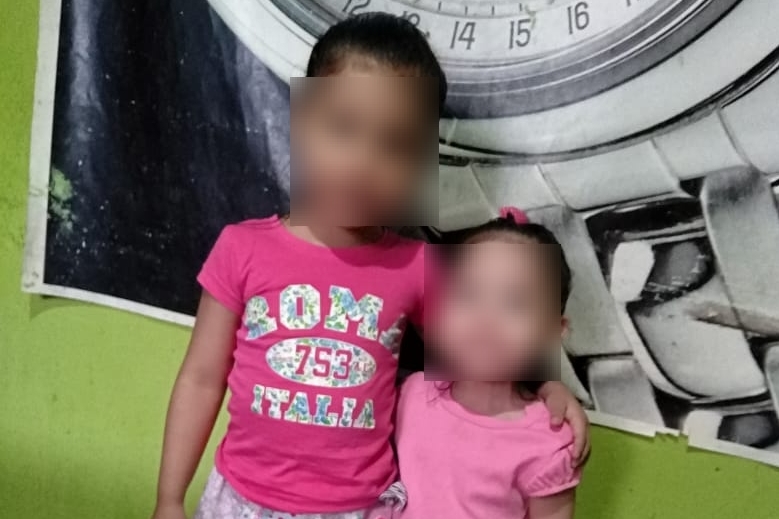 And if you’re wondering if it would really happen, if a landlord would really throw a heavily pregnant woman and her tiny children into the streets. Oh hell yes! Happens all the time. Some find a cheaper, nastier place to live. Some end up under tables in the public market. Some are in doorways.

Her terror is real.

We were able to help with that for now. But we can’t do it forever. There are too many women, too much need, and far too many awful stories. There are no easy solutions for these nightmares. But for a short time at least she’s able to breathe easier…

Who in the world calls at 6.30 am on a Sunday morning?

“Yes, she had him alone. No one heard her screaming. I just found her. The room is covered in blood. She was all alone.”

Volunteer firefighters took Y and the baby to the public hospital. They told her she could deliver the placenta once she got there. Okey dokey. 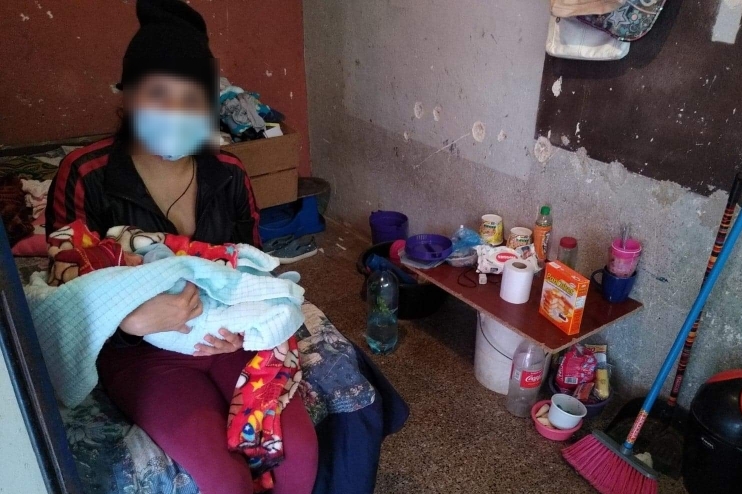 No one should have to give birth alone in a dark, empty room, but for Y it’s just how life seems to go.

She’s been in the hospital for a few days now. We can’t visit because COVID.

And she can’t leave.

Y won’t be allowed to leave the hospital with her child until she gets an official document from the volunteer firefighters that she did indeed give birth to this baby.

Illegal adoption and child trafficking have been a huge problem in Guatemala. So laws exist to try to stop that evil. But I think if a woman shows up with a bloody baby still attached to her body by a cord…that should be proof enough that the child is hers. No?

So now we’re in the process of trying to get the paper. We can’t get it. We aren’t relatives.

As if she isn’t dealing with enough fear, now she has the threat of not leaving with her child. It’s too much.

If you read part 6 yesterday, you’re just about caught up. That happened last Sunday, Nov 1. And what a week it’s been. Y was whisked away to one of two public hospitals in Guatemala City. If you’ve followed our stories and blogs over the years, you’ll have read about the horrors of those places. Dirty, broken, underfunded…these are not places you would want to be.

And yes, if you’ve been keeping up with the story, the woman with the umbilical cord attached to her body, was required to prove that she had given birth to the tiny, bloody baby she held in her arms. That set off a new level of chaos and stress. Y was told in stern terms that she would not be allowed to leave the hospital with her baby without adequate proof that he was hers. She was terrified. Y knows all about being powerless. It’s all she’s ever known and she always loses. Try to imagine what it would feel like to know a hospital administrator could remove your child, not because of fear of abuse or neglect, but because you are weak and can’t fight. 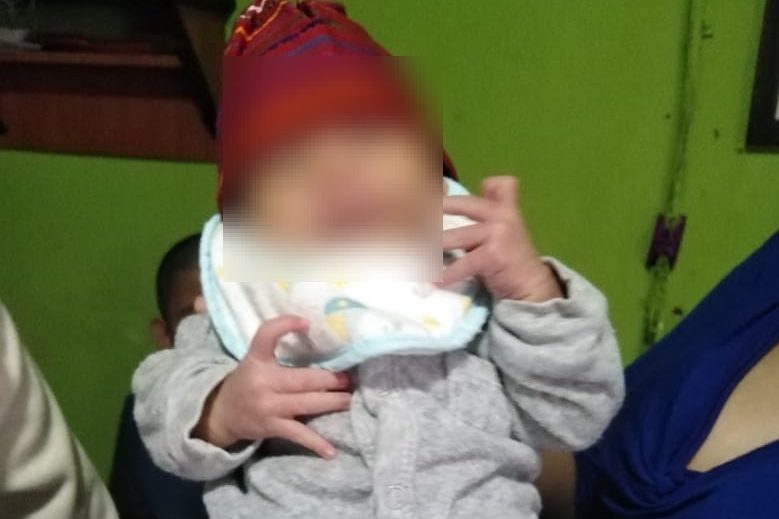 A relative needed to get a paper from the ambulance service confirming that Y had indeed birthed a baby in that tiny, dark room. It had to be her mother. Her mother deserves a whole other series of stories. Suffice it to say, she’s not big on maternal feelings or care. She reluctantly agreed to chase down the papers…but we had to pay for the taxis to drive her around. Okay. Whatever.

When she delivered the paper to the hospital, there was yet another problem. She’d given Y’s age as 18. She’s 26. Like I said, she’s not big with motherly warm fuzzies.

And then there was the problem with the baby’s birth certificate. He couldn’t get one because Y doesn’t have the official government ID I talked about earlier in the week. No birth certificate, no leaving the hospital.

Again, she was terrified. To Y it looked more and more impossible.

Her mother started creating uproar about who knows what. It wasn’t for Y or the baby. But whatever it was, it was a doozy, and in the end security guards removed her from the hospital. Nothing says welcome to the world little one like a tragi/comic soap opera unfolding before your tiny eyes.

Irma, Y’s guardian angel spent the week battling administrators, social workers and Guatemala’s monolithic bureaucracy until she was, with much signing of paper and money changing hands, able to sign a temporary form giving Y the right to leave with her child. But five days in, there was just one more small detail.

Y couldn’t leave without providing the hospital with hand sanitizer and wet wipes. So basically, give us some supplies or we keep your kid. And while you might think this is a very small thing, the reality is that the majority of people in that hospital cannot come up with the money for things like this. Relatives wander the halls begging from the families of other sick people asking for help with medical bills. The poor begging from the poor is devastating.

Dear Irma came scuttling from the hospital desperate for help with this final hurdle and $10 bought enough supplies to allow a mother to leave the hospital with her own child. Without Irma I don’t think we could not have helped Y at all. I worry about all the people who don’t have an Irma in their lives.

We stood outside waiting. As soon as she was released Y threw herself at us and burst into tears. She hadn’t eaten or slept for five days. She was just too afraid of what they’d do to her and her baby. 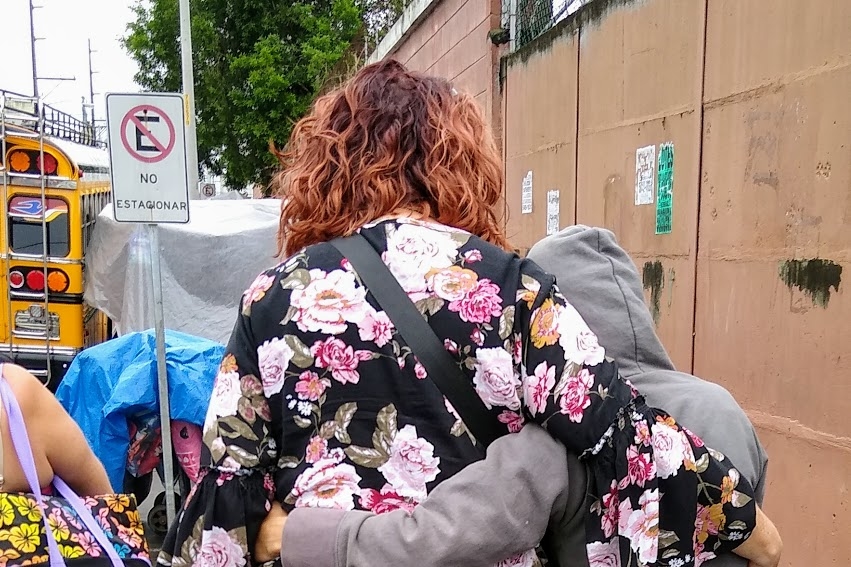 It was hard to walk to the car with her clinging on. I think she thought if she didn’t hold on, they might drag her back inside and take the baby away.

But now she’s home. She has her boy, and we are working through the process of giving them all legal identities.

He’s beautiful. Of course. 6 pounds 8 ounces of miracle. He has no name. She wants us to name him. We want her to do it. It’s a standoff right now.

And now we all have to breathe deeply and try to figure out life. Y is just one of hundreds of sexually exploited women we work with. Each one has an equally devastating story. They all need help. They all need a miracle.

Thanks to those of you who’ve taken the time to read Y’s story. She matters.