She is one of our recent nursing graduates and a force to be reckoned with.  A few days ago she came charging into La Puerta just bursting with excitement.  She’d been offered a job.  Amazing!  Truly!

But, wait…it gets better.  The nursing school was so impressed with her integrity, maturity, and intelligence, that they offered her a job as a nursing instructor!  A for real, teaching job.  This is huge.  She’s now a professional.  She has a job that she won’t lose due to her age (a shockingly common problem here).  She’ll have benefits, a salary, and a title.

Just over a year ago, she didn’t believe she’d find a way out.  But she’d always had a dream to be a nurse.  She wanted to have a job that required a uniform.  Uniforms here are a big deal, and they mean you have a real job.  So J enrolled herself in nursing school.  We didn’t know anything about it until we found her on her little bed, sporting her usual uniform of thong, heels and skimpy bra, and surrounded by books.  She had no idea how she was going to be able to pay for school, she said.  But she was taking a step of faith.

That was a good day for all of us.  Thanks to very generous donors, we’ve been able to send several women to school.  J is one of them.  When COVID restrictions allow, we’ll be sending many, many more.  We can’t wait.  But this past year it has been a joy to watch J become who she really is.  She has worked so hard.  It hasn’t been easy.  And, since she had no other means to support her kids, she worked in prostitution the entire time. 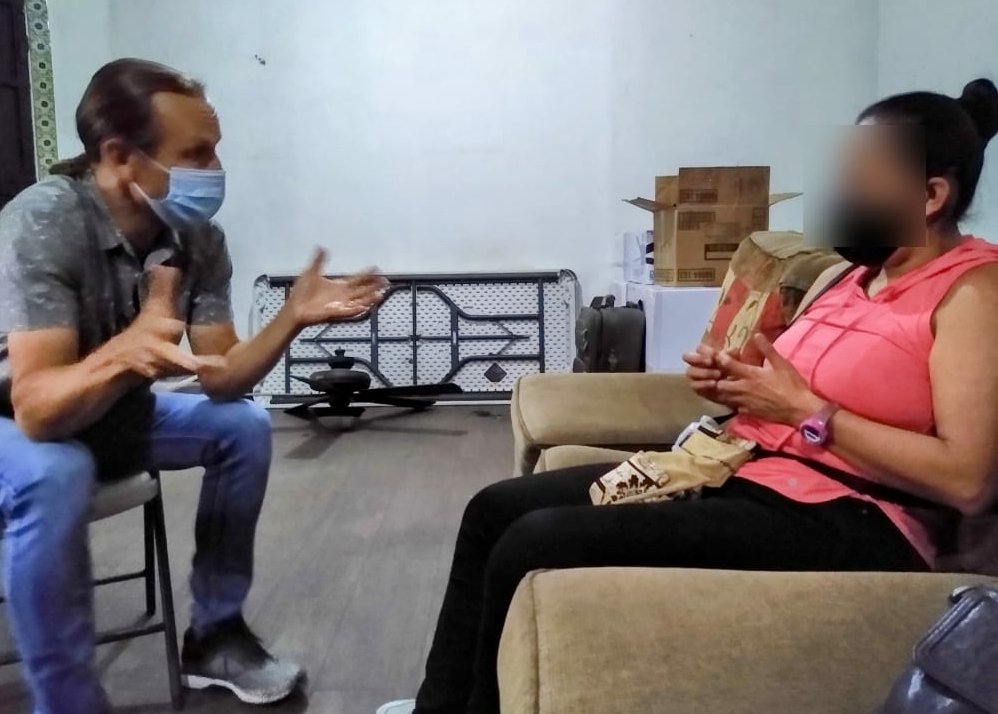 But now she’s out.  This, is just a little of her story…

“The first time I was raped, I was just seven years old.  Another school was invited to do some activities with us that day.  Everyone was away from the school buildings, at the sports field.  But I was in a classroom with some friends because we had work that we needed to finish.

“Suddenly a group of big boys came into the room.  We didn’t understand what was happening.  They blocked the door and told us we couldn’t get out.  We were scared and started screaming, but no one could hear us.

“One of them pulled me onto the floor.  He ripped off my shirt and skirt.  My mother always made sure I wore shorts under my school skirt, but he just pulled them down.  There was nothing I could do.  Another boy was doing the same to one of my friends.  I screamed the whole time but no one could hear.  They were laughing, telling us what they were going to do to us.

“There was a window open in the classroom and one of the girls, she was really small, managed to climb out before they could catch her.  She ran to get help.  When the director got into the classroom, another boy was on top of me.  She pulled him off, but they all managed to run away.

“My mother was called to the school.  She said they weren’t going to get away with it.  So the next day they took me and my friend to the other school.  We had to look at all the boys, and we saw them.  They went to jail for what they did to us, but my heart was broken.

“The next time, I was fifteen.  My mother and I were staying at a hotel close to where she was working.  The owner of the hotel seemed like a nice man.  But one day, my mother went to run some errands and he came to the room, locked the door, and raped me.  He was big and I just couldn’t fight him off.  I was screaming then too, but no one came to help.  His wife was in the building, but no one came.  Again my mother pressed charges and he also went to jail.  She always said we had to fight. 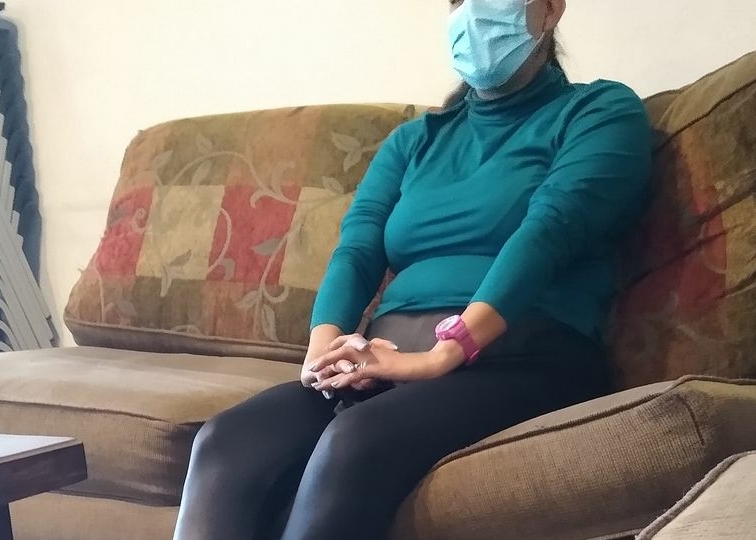 “A while later, my mother needed money for something.  She needed a loan.  A nice lady we knew said that she would lend my mother the money she needed, and she also had a job for me in a restaurant.  We were happy because it would really help us if I had some regular work.  I was thrilled to go with her to the town where she said I’d be working.  But it wasn’t a restaurant.  It was a brothel.  I had to work in the bar and go with the men.  I didn’t want to, so I refused.  She got very angry with me and yelled.  She said that I was hers now, that I had to repay the debt owed by my mother; and it was going to take a long time.

“One day I was able to get away.  I ran to the police and I told them what was happening to me.  I told them I was being held against my will, that I was being forced to have sex with these men.  I explained that I never agreed to do this.  They took me back there to confront the owner.  At least that’s what I thought was happening.  But when we got there, the police laughed.  They told me there was nothing they could do for me because the bar owner didn’t lie to me.  They said that since it was his wife, there was nothing they could do.  They left me there.

“After the debt was paid, I was able to leave that place.  When I was seventeen, I got married.  I thought all of my dreams had come true.  He was so kind to me, so charming.  But as soon as we were married everything changed.  If his food was too hot, he’d beat me.  If his food was too cold, he’d punch me.  He’d give me Q5 (75 cents) to buy all of his food for the day – breakfast, lunch and dinner. And if I couldn’t provide three meals for him with that money, he’d beat me again.  So he beat me all the time because it was impossible to feed one person with so little money.  I cried a lot.  All the time really because I just didn’t understand how anyone could be so cruel.  Some people are really terrible.

“Bad things just kept happening, he raped me whenever he wanted to, but eventually he left.  And I had two small children to support.  I tried to find work, but that’s almost impossible here, especially with only a little education.  So one day I thought, ‘Well, if I’m going to keep getting raped, I may as well get paid for it.’  And that’s how I came to La Linea.  The real me couldn’t have done it.  The real me would have run away.  So that’s why I became J. (All of the women who work on La Linea use a false name.  J was her false name/identity).  J could do what she needed to do.  She could be very strong and just endure everything.  If it was me who showed up, I wouldn’t have lasted a week.  But I became J and she was able to stay here for fifteen years.

“I know she doesn’t exist.  Well, she doesn’t exist anymore.  But without J I would never had survived all these years.  How was I ever going to provide for my children?  How was I going to survive?  It’s too easy for people to think we have other options.  We have no options.  Nowhere to turn.  I know this is a terrible place and bad things happen here all the time.  There’s so much death here.  So many girls have died.  But where else can we go?  It’s just not easy.  Without J I wouldn’t be where I am today because I would not have survived.  Without her, I wouldn’t have had the motivation and the courage to get out of here.  Being J for all these years, gave me a reason to become myself again.  J is the reason I am able to leave. 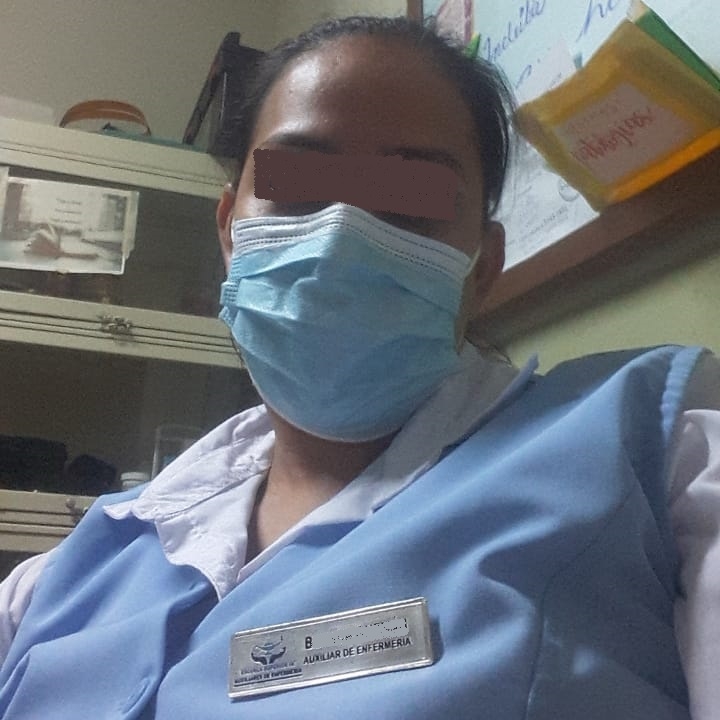 “And now, look at me!  Who would have thought this would happen?  I could only do this because God has been so good to me. He has always been faithful. Through everything. But he also made me strong, and I know that my strength got me here.  I’m going to be a teacher as well as a nurse!  I am now a woman with a profession, with a real job.  Now I can live a dignified life.  I can close the door of my room and walk away.  J doesn’t have to be here anymore.”

Our darling J, real name B, started her new job this week.

The Boy Who Doesn’t Exist
Scroll to top