“No one has seen me naked for three years!”

That is probably the most beautifully triumphant statement any of our sweet ladies have uttered in recent years.

That “no one” holds so much unspoken power. It means dignity – the years of unspeakable daily humiliations gone forever. It means healing as tears and shame fade into distant memory. It means freedom. Freedom to live unchained to the lies that prostitution is all she was worth; all she was made for.

“No one” makes all the hard steps and challenges so, SO worth it.

There was a time when we thought she’d never leave. She had long ago accepted her fate. It wasn’t that she liked what she was doing, she just couldn’t find another way to provide for her children. So she came to terms with what she was doing. In her mind, it was nasty but it meant her kids went to school. It was dangerous, but it meant her children would be safe. It was humiliating, but it would give her boys the chance at a dignified life. So she did what she needed to do and that meant thousands, truly thousands, of men were allowed to see her naked and make her the living reality of their most perverted dreams. It was awful but her kids made it worth it.

And then came the day when she finally decided to leave. It took years, and it took the influence of so many people saying, “Si, se puede!” (Yes, you can). It takes so much love to convince a destroyed woman that she is worth more than the hell of prostitution, and we are forever grateful for those friends who joined us in loving this woman back to life.

She’s out. And it’s hard. Every single day is hard. Her days will likely be difficult forever. She works insanely long hours for very little money. In her so-called free time, she’s studying to be a nurse. Once she’s qualified, she will continue to earn very little. For the rest of her life, she will struggle to pay her basic living costs, and in the back of her mind, she will know that prostitution would pay all of them and leave her with money left over.

Prostitution will call her forever, and she will have to fight to silence the voice that offers her solutions to endless problems. Returning is a huge temptation.

Yet with all the struggles and an uneasy future, she is overjoyed to be out. And she shares that joy every chance she gets. 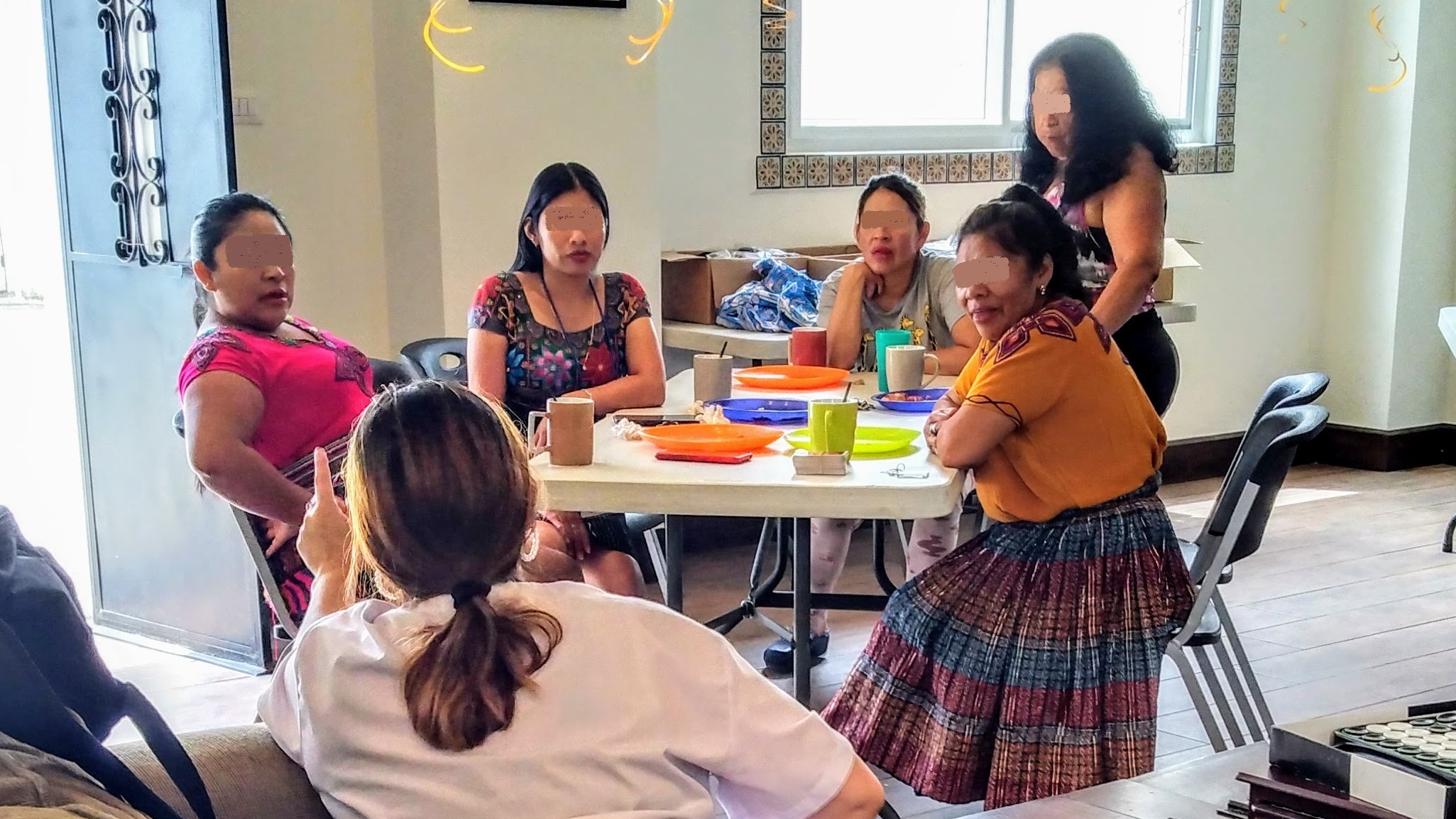 Check out that fiercely pointing finger in the photo. I love it. She was at La Puerta to report in on her nursing program and she got chatting with some of the ladies who’d shown up for lunch. The chat quickly became a life lecture. A really, really great life lecture.

Her audience was captivated. None of our words can match the authority of a woman who knows exactly what they are facing every time a client steps through their doors. Nothing we can say will ever compare to the conviction of an abused woman who has fought her way out.

They listened to everything she said, waving her finger like she was running for office.

Next week, she’s promised to bring them application forms for the cleaning company she works for. She wants them out too. She knows it’s possible.

“No one has seen me naked for three years” is a declaration of truth and a promise. It’s a promise of hope for those who truly believe there is no way out.

It is a beautiful thing to hear. We are so proud of her.