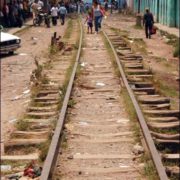 They call it “La Linea,” (the line) – a stretch of disused railway track that snakes its way across Guatemala City.  It runs for miles, and thousands of people have scavenged sheet tin and garbage to build simple shacks along its twisting banks.  The community we were looking for is in the heart of Guatemala City’s historic center.  Behind the presidential palace and the national congress, fronted by law courts, police stations, and major hospitals, La Linea winds its way past seats of power and into some of the most dangerous streets in the world.

We’d come to meet the sex-trade workers who made this area infamous.  For years we’d wondered how to reach out to some of the prostitutes who worked the bars and street corners of every city and tiny town in this country.  It turns out, it’s a lot easier than we imagined: just ask directions to the red light district and when you arrive say, “Hello ladies, nice to meet you!”  And that’s pretty much how it happened, except for the part where we turned a corner and stepped out of the familiarity of urban poverty and into a staggering new reality. 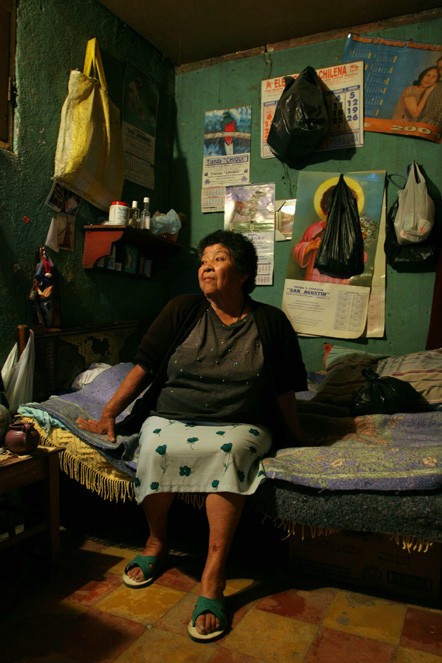 Tiny, single-roomed dwellings run along each side of the track.  Each room has a bed and a woman.  The women, dressed in cheap lingerie, stood in the doorways and watched in eerie silence.  It was early, and I guess there wasn’t much trade about, so they followed us with their eyes and waited.

Our plan was to make friends, so we went from room to room, handing out small packages.  Conversations were simple:

“It’s okay, really.  We just want to give you a gift.  Pretend it’s Christmas.”

Slowly, she reached out her hand and took the bag.  A slight smile fluttered across her lips as we moved to the next room.

She crept forward, and raised a shy hand to take the bag.  Mercy but she was beautiful.  Tiny, delicate, doll-like – it made no sense that something so perfect could be in such a ruined place.  One of our friends asked her age. 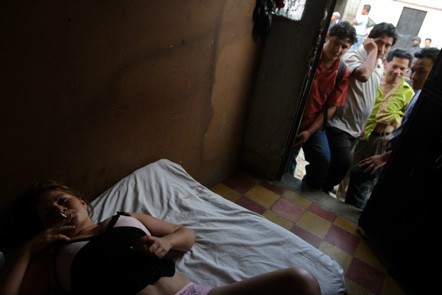 Every woman was gracious.  Some wanted to chat, others wanted to share the stories of their broken lives.  Some just wanted to watch.  Gringos on La Linea…we were a spectacle.

We smelled the last room before we reached it.  Urine seeped into the walls and pooled around the crumbling front step.  Her door was the toilet for men on the prowl.  Most of the women we spoke to use the rooms by day. La Linea is far too dangerous at night.  But for this woman, it was home.

“We’ve been told it’s very dangerous here at night.  Is that right?”

Her room was squalid – dark, rank, and lit by the flickering light of a single candle jammed into the adobe wall. She struggled to hide her near-nakedness with rags.

“I want to get out of this life.  This place is terrible.  I will die here.”  She cried quietly, and we sat.

Sometimes there really is nothing to say.

“Fifty-one,” she said.  But she could’ve been my grandmother.  Suffering is bad for the skin.

“How long have you been living this life?” 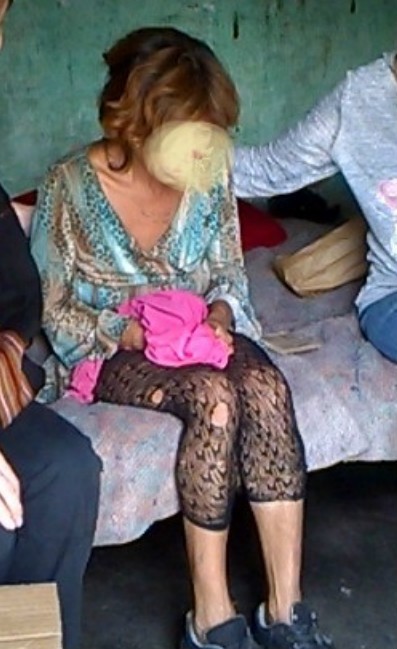 Eventually we ran out of gifts.  Fifty bags disappeared quickly, and we didn’t want to leave.

As we walked away we stopped to chat to one final lady. She was friendly.  Her kids, she said, stayed with her mother. La Linea is no place for children.  “How many women work here?” we asked. She looked up and down the line and glanced at a friend who nodded at her to tell us.  “Two hundred – maybe two-hundred and fifty.” She waved her arms into the distance.  “It goes for such a long way.”